Try to fit these tiles, reproduced from the lithography "Reptiles" by the admired artist Maurits Cornelis Escher. 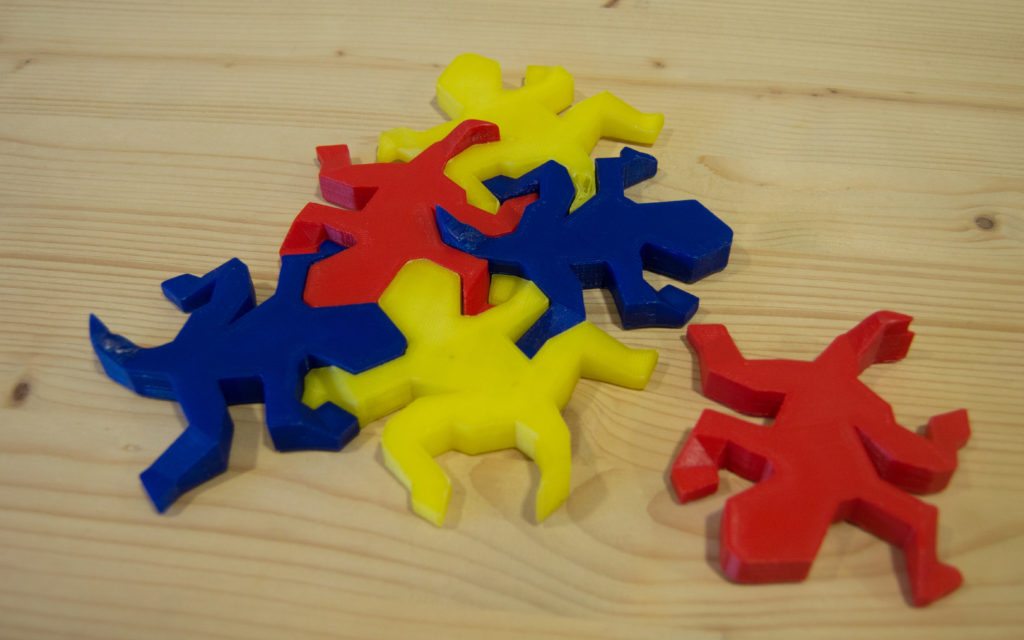 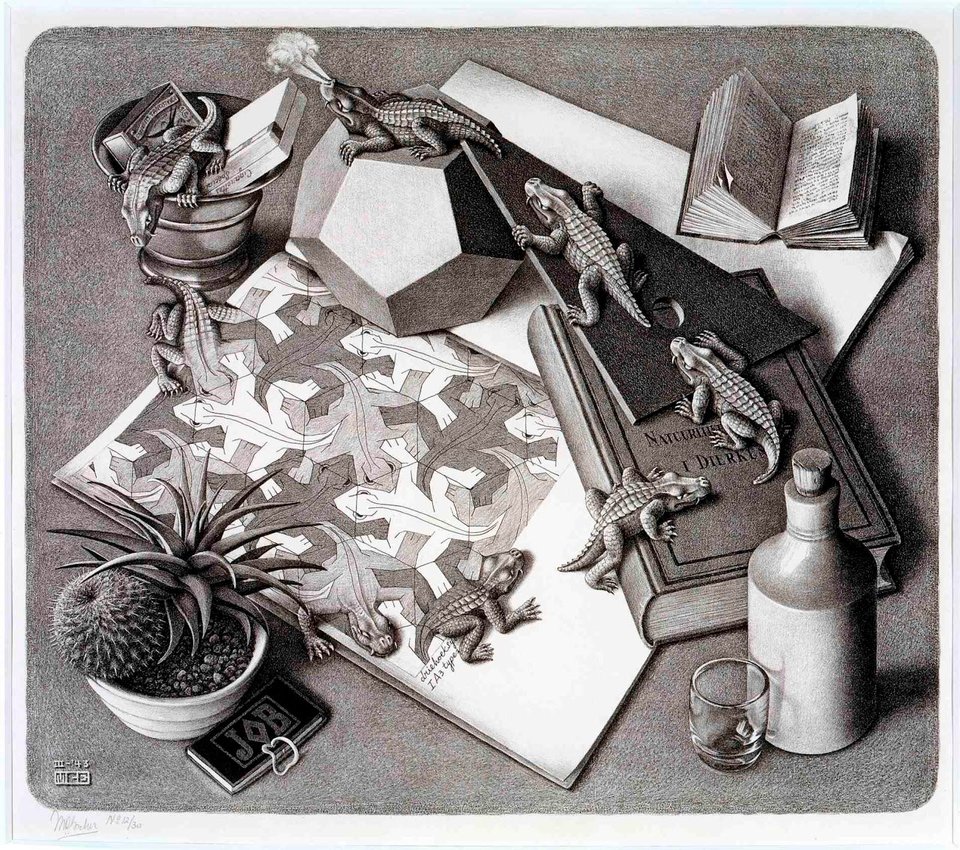 Maurits Cornelis Escher (1898–1972) was a Dutch artist, famous for his drawings ofimpossible objects, representations of infinity, reflections, symmetries, perspectives, polyhedras, tesstellations and other mathematical objects. His admired works stand out for their realism achieved with a great technical command of light and perspective.
His work is inspired by nature, mosaics such as those of the Granada Shadow and mathematical objects resulting from his interaction with personalities such as George Pólya, Roger Penrose, Harold Coxeter or Martin Gardner.
Although today we recognize him as a great artist, this was not the case for most of his life.  The first retrospective exhibition was held when she was 70 years old.

The transformation of hexagonal tiling

The tiles, or tiles in the form of lizards, are a modification of the hexagonal tiles that cover the plane.
The image shows how to crop six parts of a hexagon and
then incorporating them into the appropriate places to form the lizard.

Other modules in this room 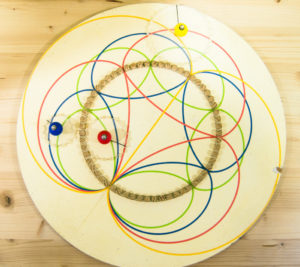 The curves that are obtained by rolling circumferences of different sizes. 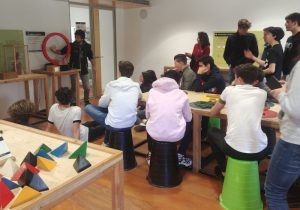 The Circle of Fire

Look at the sections of objects illuminated by the red LEDs of this ring. 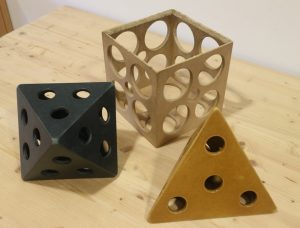 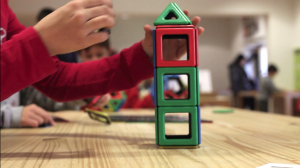 With all the pieces we build 3, 2 or 1 equilateral triangles

The artisanal wooden cone that shows its sections: Circumference, ellipse, parabola and hyperbola.

With the same pieces, it reconstructs two polygons.

Multiple ways to visualize and understand this famous theorem 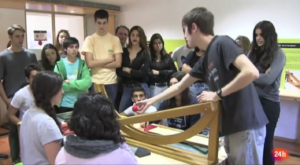 Two balls, one low in a straight line, the other curving. What's the point before? 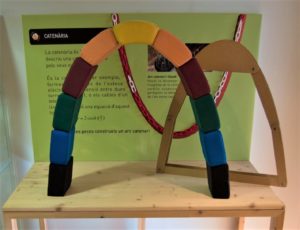 The catenary arch and the semicircular arch

We raise these arches with pillows. 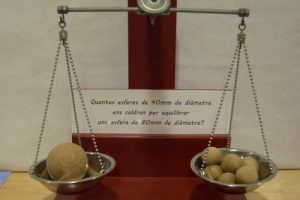 How do the lengths, surfaces and volumes of similar objects change? 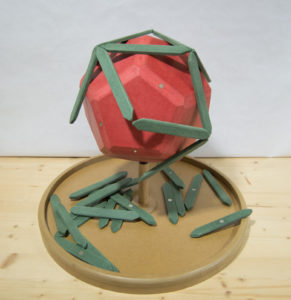 Put the blue poles, perpendicular to the edges of the dodecaedre to build the icosaedre. 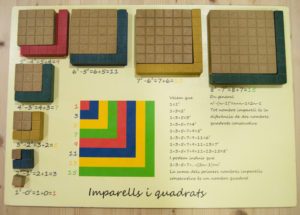 Displaying numeric properties with buckets and other pieces.

This website uses cookies to improve your experience while browsing the website. Of these cookies, those that are classified as necessary are stored in your browser as they are essential for the operation of the basic functionalities of the website. We also use third-party cookies that help us analyze and understand how you use this website. These cookies will be stored in your browser only with your consent. You also have the option to choose not to receive these cookies. However, the exclusion of some of these cookies may have an effect on your browsing experience.
10/ Always on
Cookies are absolutely essential for the website to function properly. This category only includes cookies that ensure basic functionalities and security features of the website. These cookies do not store any personal information.
Non-necessary
Any year may not be particularly necessary for the website to function and is used specifically to collect user data via analytics, ads, other embedded content are termed as non-necessary cookies. It is mandatory to try user consent prior to running these cookies on your website.
SAVE AND ACCEPT