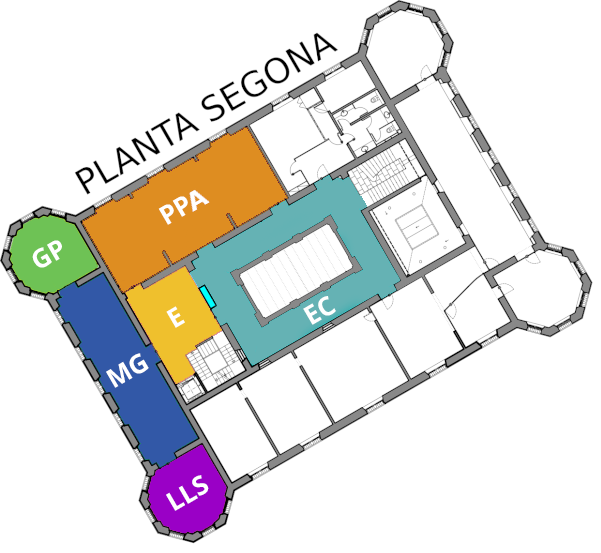 This room is located in one of the octagonal towers that frame the Mercader Palace, and is dedicated to the modules of probability and statistics. 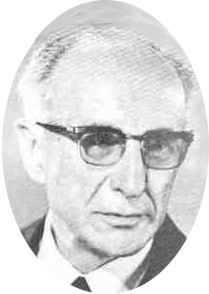 Lluís A. Santaló (Girona, 1911 – Buenos Aires, 2001) was a Catalan mathematician who lived much of his life in Argentina where he went into exile in 1939 fleeing the Franco dictatorship.

In addition to being a renowned mathematician, he also stood out as a scientific communicator and expert in didactics.
The Lluís Santaló Chair of Applications of Mathematics at the University of Girona has compiled most of his work.

The MMACA is considered heir to his ideas regarding didactics and dissemination. Read, for example what he told us in the interview that the magazine L'ESCAIRE did to him in 1985:

Intuition is essential to the acquisition of conocimientos. Tiene sus peligros, and in view of ello, has existed the tendency of irla diminishyendo, bajo pretexto to logate a logical majority. Esto está muy bien on the upper level, for the systematizing mathematics. But learning is something. As well as the stomach digiere sin saber chemistry, asf nuestro intelecto asimila muchos conocimientos por saltos discontinuos, sin necesidad to follow the rigorous paths but pesados of the logic. What hay que hacer is to ayuda to the intuición and educate him so that he does not make mistakes. Hacer that the mathematics sea intuitive is the work of the maestros and teachers. Cuando a theorem bequeaths to be intuitivo, ya no se olvida más. 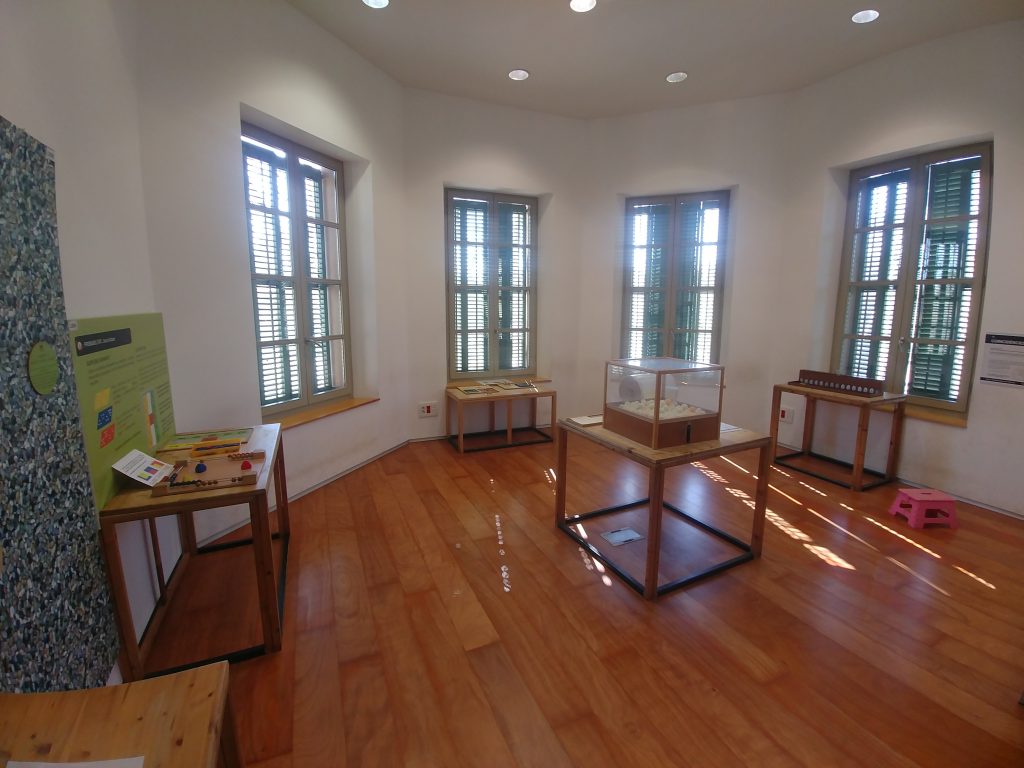 Some modules in this room 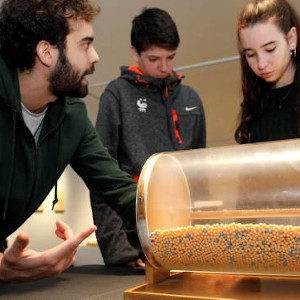 The drum, the samples and the confidence intervals.

A drum that allows you to collect a sample of 50 balls and estimate the proportion of colored balls. 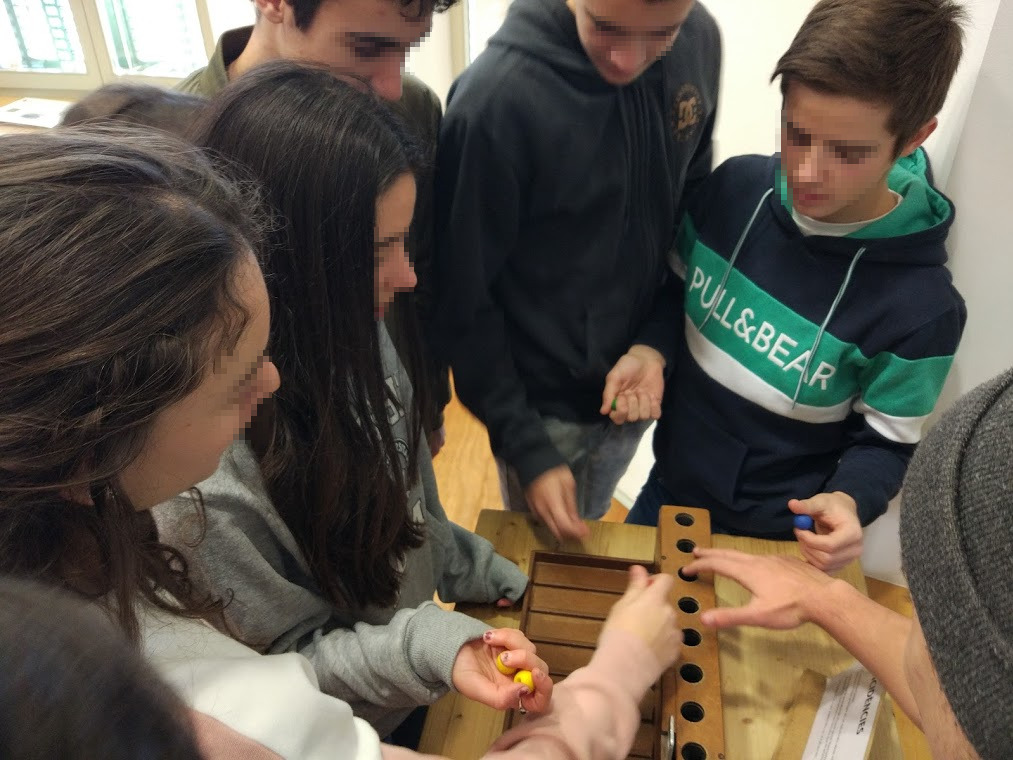 We randomly put 8 balls in the 15 holes. Surprisingly, almost always some matches.

LS01 – Chance is not regular

This module consists of a transparent box with white ping pong balls and some oranges. A lever allows you to hit the base and stir them. This way we can see how there are almost always areas with all the white balls and places where oranges accumulate. 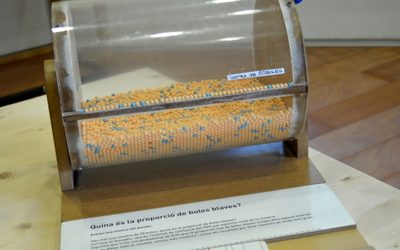 LS02 – The drum, the samples and the confidence intervals 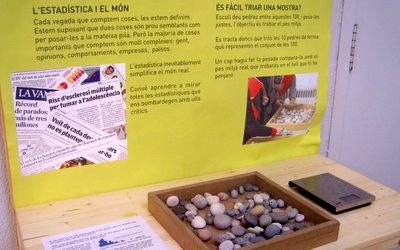 The module consists of extracting and weighing a representative sample of 10 stones among the set of 100 pebbles of different sizes.

This game of chance consists of an H-shaped board where the bets are placed. 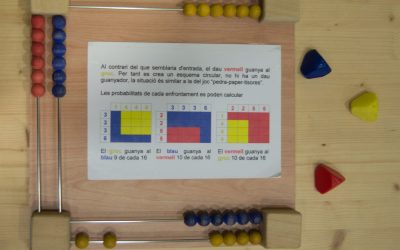 Board with abac type counters and three tetraerid dice of scores (4,4,4,1) , (3,3,3,6) and (2,2,5,5). It allows to check that the probability of one dice winning the other sets a circular scheme and there is no absolute winning dice. 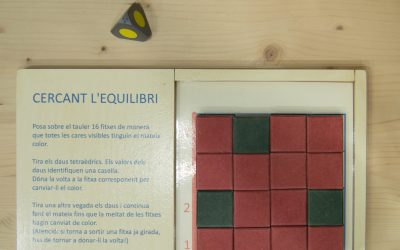 The game consists of a board with 16 tiles with different colored faces and two tetraelic cubes to obtain the coordinates of each tile. It allows you to experience how visible colors vary. 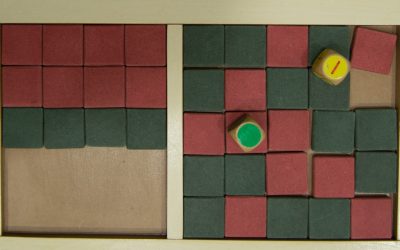 A board with red and green tiles that represent a population that evolves randomly following the rules. It allows you to experience which growth option is best.

This device with 15 holes allows us to verify that the probability of randomly laying 8 eggs, some eggs have coincided in the same hole, is very high. When opening the doors, it is checked.

This website uses cookies to improve your experience while browsing the website. Of these cookies, those that are classified as necessary are stored in your browser as they are essential for the operation of the basic functionalities of the website. We also use third-party cookies that help us analyze and understand how you use this website. These cookies will be stored in your browser only with your consent. You also have the option to choose not to receive these cookies. However, the exclusion of some of these cookies may have an effect on your browsing experience.
10/ Always on
Cookies are absolutely essential for the website to function properly. This category only includes cookies that ensure basic functionalities and security features of the website. These cookies do not store any personal information.
Non-necessary
Any year may not be particularly necessary for the website to function and is used specifically to collect user data via analytics, ads, other embedded content are termed as non-necessary cookies. It is mandatory to try user consent prior to running these cookies on your website.
SAVE AND ACCEPT